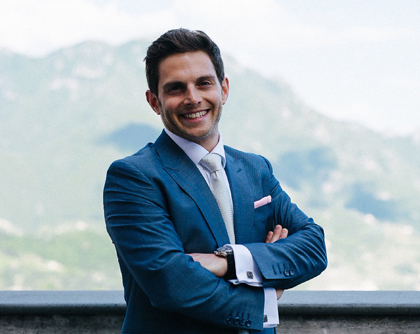 Eight years ago I was paired up with a nine year old boy named Josh. It was a spring afternoon when I got to the apartment where he was living with his mother, and it was really a shaggy set-up, quite messy and in a seedy neighbourhood. Nevertheless, I walked up the stairs and I was welcomed in. I sat on the couch waiting for him, not knowing what to expect because I had never been a mentor before. I was only 24 years old at the time. A few minutes later, this little boy showed up, just coming from taking out the garbage after making dinner for his mom.

This was a kid who, at nine years old, never had a male role model, and never had a father figure in his life. It immediately impressed upon me that he seemed like such a good kid, despite his situation. Over the course of those years we got to know each other and we bonded; my role was as a friend. I was somebody that he could count on, that he could call up when he wanted to talk, someone to do activities with and take his mind off things that were going on in his life. To make matters more difficult for Josh, his mother had ongoing struggles with physical and mental illness. Due to instability, he no longer lives with his mother. Instead, he gets moved around between his uncle and his grandparents.

In the beginning we met once every two weeks and we would spend an afternoon together; that lasted roughly 5 years. Today, Josh has grown into a tremendous young man with wisdom beyond his years. Our relationship has progressed and evolved as well, and I’ve often wonder whether I’ve gained more from this relationship than he has! Now Josh is in high school, and even though girls and hockey are way more exciting than I am, we still talk and hang out.

I could not have done any of this without the support of Ometz, and of course, without the funding. Things like paying for school supplies, or just paying for activities that we would do together, be-it go-karting, going to the movies, hanging out, etc… Whatever we would do there was always support from Ometz, asking what else they could do to provide for us, to make his life a little bit easier, and to make our time together a little bit more enriched.

Sometimes I think about how well we were paired together since we hit it off from day one and have become such great buddies. I’m sure we’ll be friends forever.