Ometz, a bridge between people and community 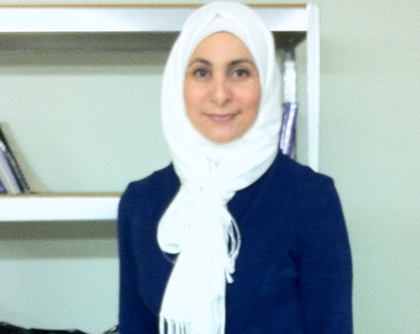 I am a Jordanian social work student studying abroad at McGill, and I am part of a program called the ICAN Fellowship. Part of the program’s guidelines was to become familiar with organizations in Montreal and to explore the options for social work in the area. I chose to complete my fellowship at Ometz because I thought they had many programs with children, women, and family, and that is what I’m interested in.

When I first came to Ometz, we had meetings to know more about the programs running in this organization. I was pleased with the comprehensive number of programs targeted to children. I am very passionate about working with children because they are so innocent and honest.

The program I was involved with at Ometz was an after school program. I was tasked with receiving the children and supporting them with homework. We also did activities like going to the library, playing games, and reading stories.

I am particularly interested in how relationships can develop with children. If they are very shy at the beginning and they are not social, we try to get them to talk more openly. I remember that the development really progressed and as the program went on they became more positive and open to interacting. One of the children I worked with was a girl and she was very quiet and timid. Once, when I was trying to encourage her to have a conversation with me, I asked her how old she was and she said eight. My response was, “that’s funny, I’m eight too!” and she laughed at my joke and began to open up. We often use humor to get children to become more responsive.

I like the way that Ometz motivates kids to participate, especially during the long winters. It shows that the children are motivated to improve, and to make connections between one another. They become friends! Some activities we did involve the parents too and it becomes more of a community center. Sometimes we would organize family dinners for the children which were very encouraging for social development.

It’s very important to have organizations like Ometz in any community. It doesn’t matter how civilized, or rich or poor, because these organizations are focal points between people and their community, and it is an opportunity to get them more involved. About Ometz particularly, I appreciate the initiative to help minority communities. I admire what you are doing here and I hope to do the same in my home country, Jordan.